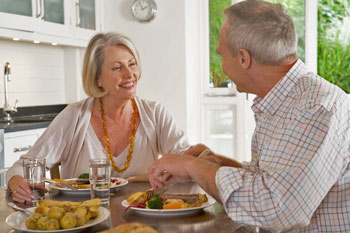 A new study by the Westmead Institute in New South Wales, Australia, confirms what doctors and industry experts alike have been telling us for years: Fiber, both soluble and insoluble, keeps you healthy throughout life.

Soluble fiber slows digestion in the stomach and helps ensure that food is absorbed properly. Insoluble fiber, by contrast, speeds things up as they pass through the intestines and sees to it that you can perform your bodily functions properly. As such, they are both necessary.

The researchers, who published the study in The Journal of Gerontology, found that high fiber intake increased the likelihood of reaching old age whole and healthy by an incredible eighty percent.

The finding surprised the researchers, who were actually looking for the effects of sugar.

Apparently, while sugar has a strong effect on children and young people, it doesn’t affect seniors nearly as much.

But then again, seniors don’t eat that much sugar, comparatively speaking, so it’s possible that the effects of sucrose are aggregate in nature. Meaning that the more you have of it the more it affects you.