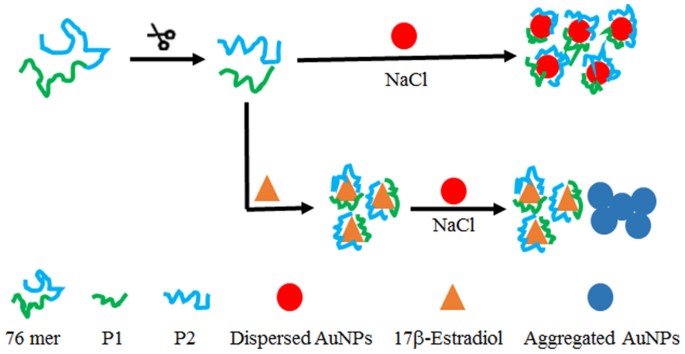 Scientists Open New Front Into The Field Of DNA Shielding

To replace aging and worn cells, the body primarily uses a process called mitosis, in which one cell divides into two. When a cell is ready to divide, it duplicates its DNA so a complete copy is available for each of the daughter cells. In this process, the DNA pieces, or chromosomes, must be precisely apportioned into the daughter cells. If one cell has an incomplete copy of the DNA or if the DNA becomes damaged, genetic disorders and diseases such as cancer can result.
For cell division to occur, the two sets of DNA must be localized to opposite sides of the cell. First, the compartment that normally contains the DNA, the nucleus, disassembles its protective coating. Then the chromosomes are separated by an apparatus of fibers. A new nucleus forms around each DNA set. Finally, the cell splits into two, each with its own re-formed nuclear compartment inside.
Scientists at the Huntsman Cancer Institute (HCI) at the University of Utah (U of U) and collaborators at the University of California, San Francisco (UCSF) published research in the journal Nature extending our understanding of the intricate process of cell division. They discovered that protein LEM2 has two important functions during cell division. First, LEM2 creates seals in the protective coating of forming nuclei that keep the two sets of DNA shielded from damage. Second, LEM2 recruits factors that disassemble the apparatus of fibers responsible for separating the DNA sets. HCI’s Katharine Ullman, Ph.D., and UCSF’s Adam Frost, Ph.D., collaborated over the last six years on this work.
To visualize LEM2’s role in mitosis, the Ullman Lab used colored fluorescent markers to label the different components: LEM2, the fibers, and the DNA. This process allowed the team to film LEM2 — from when it first associates with intact fibers until the time of their disassembly. They observed LEM2 proteins concentrating and forming a gel-like seal with other proteins (ESCRTs) at holes where fibers traverse the protective coat of the nucleus. This LEM2 “O-ring” effectively sealed off the re-forming nuclear coat, safeguarding each set of DNA from material surrounding the nucleus.
“Using our imaging methods, we were able to see a process that only occurs over the course of about five minutes during cell division, something that would have been very difficult to study otherwise,” said Dollie LaJoie, Ph.D., a researcher in Ullman’s research group and a co-author on the study.
“This work was strengthened by the fact that both teams worked on this project using different approaches to better explain the role of LEM2,” Ullman said. “My research group focused on this process in live cells while Frost’s research group worked to understand more about the protein itself.”
The authors note that this novel type of gel-like separation may prove important for other critical cell functions that LEM2 participates in, including higher-level DNA organization.
The authors also showed that disruptions to LEM2 as it assembles the nucleus resulted in DNA damage — which jeopardizes normal cell function.
“This work opens a door to identifying new pathways for DNA to be damaged, which in some cases may contribute to the development of cancer,” said Ullman.
Moving forward, the Ullman and Frost Labs will build on this work by investigating the connection between improper nucleus formation and DNA damage. They will examine how cancer cells may lack the proper regulation of both nuclear assembly and nuclear repair.