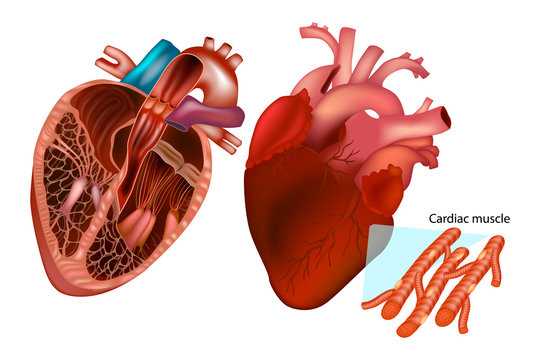 A team of scientists working at the University Medical Center Hamburg-Eppendorf – UKE in Germany have run a test to say if a new technique to get a body to accept and adapt tissue will have any effect, and it seems that it has.

One of the greatest harms caused by a heart attack is that of muscle loss. Once damaged, heart muscle will not regrow. This is one of the reasons that heart attack victims are at increased risk for further heart problems. It is also why the risk for heart attacks increases over time, more than other age related illnesses.

Until very recently, this was an issue without a cure.

The researchers tried combining heart tissue grown from human stem cells with something unique, endothelial cells, which are the cells that line the inside of our veins and arteries. They ran a number of other experiments as well, combining human heart cells with other various cells, none of them had any success.

The test was run on guinea pigs, which share certain similarities with the human heart. A great deal of testing is required until the procedure is deemed safe enough to use on humans. Should we get there, it would prove a surprising solution to a serious problem.

The test found that after about four weeks, the pigs’ hearts had adapted the tissue and even started to grow new tissue, a truly remarkable development.