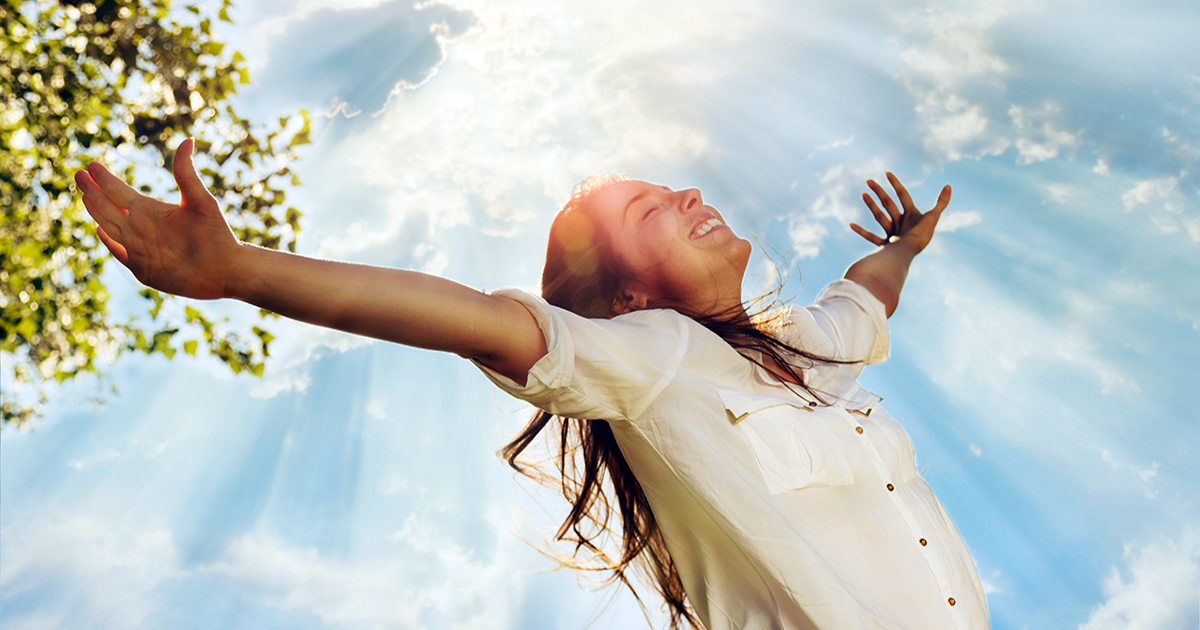 New Study Indicates We May Need Sunlight To Balance Metabolism

Animals can detect light using proteins called opsins. Two of the most well-known in humans are melanopsin and neuropsin, which are expressed in some retinal cells.

In other animals, light-detecting compounds are present outside of the visual system. For example, frogs can detect light through cells in their skin called chromatophores.

Until quite recently, scientists believed that mammals only detected light through their eyes. However, several studies have now overturned this notion.

For instance, one study from 2019 found that neuropsin in the skin of rats can detect light and help them maintain their circadian rhythms. Still, evidence of so-called extraocular photoreception in mammals is scarce.

For the first time, a new study has investigated whether or not certain proteins on fat cells that lie beneath the skin might also detect light.

Senior study author Richard Lang, Ph.D. — from Cincinnati Children’s Hospital Medical Center in Ohio — explains, “This idea of light penetration into deep tissue is very new, even to many of my scientific colleagues. But we and others have been finding opsins located in a variety of tissue types. This is still just the beginning of this work.”

The researchers focused on opsin 3 (OPN3). This protein is present throughout the body, including in the brain, testis, liver, and kidneys.

They demonstrated that OPN3 is also present in both human and mouse fat cells, or adipocytes. Also, importantly, they showed that light can travel deep enough through a rat’s skin to trigger OPN3 in adipocytes.

A specific wavelength of blue light (480 nanometers) stimulates OPN3. This occurs in sunlight but not artificial light.

In their experiments, the scientists used genetically engineered mice that lack the gene coding for OPN3 in their adipocytes.

When mammals, including humans, are in a cold environment, the body adapts. Aside from shivering, the body burns fat to create heat. White adipose tissue is the primary energy store, and brown adipose tissue is mainly responsible for generating heat (without shivering) when we are cold.

In a process called lipolysis, white adipose tissue releases free fatty acids and glycerol into the bloodstream. Brown adipose fat then takes these fatty acids and uses them to generate heat.

There is a growing body of evidence supporting the idea that activating brown adipose fat might protect against metabolic syndrome. Metabolic syndrome is a collection of conditions, including hypertension, high blood sugar, abnormal blood lipids, and excess body fat around the waist.

When the researchers exposed mice lacking Opn3 in their adipocytes to cold temperatures of 39.2ºF (4ºC), their response to the cold was impaired. Their core body temperatures were lower than those of control mice with intact Opn3 genes.

Brown fat in the modified mice did not generate as much heat. Interestingly, when the researchers deprived these mice of food, they did not burn off as much fat under cold conditions as normal mice.

In another experiment, the researchers placed normal adult mice in a cold environment with full-spectrum lighting and monitored their core body temperatures.

After 3 hours, they switched off the blue light of the wavelength that triggers OPN3 but left the rest of the spectrum. Without the blue wavelength, the animals’ core temperatures dropped, providing further evidence that natural, full-spectrum light influences metabolism.

In another set of experiments, the researchers raised mice with intact Opn3 genes under lights that lacked the specific blue light wavelengths that normally stimulate OPN3. The study authors refer to this as “minus blue” lighting conditions.

Like the mice that lacked Opn3, the mice raised in minus blue lighting conditions did not respond efficiently to cold temperatures and had lower core temperatures when in cold conditions. They also had larger adipocytes and did not lose weight when fasting.

In short, the study authors conclude that sunlight is essential for healthy energy metabolism.

Although the scientists conducted this study in mice, they believe that a similar mechanism probably exists in humans. Of course, they will need to carry out more research to explore whether or not this is the case. They write:

“If the light-OPN3 adipocyte pathway exists in humans, there are potentially broad implications for human health. Our modern lifestyle subjects us to unnatural lighting spectra, exposure to light at night, shift work, and jet lag, all of which result in metabolic disruption.”

Although scientists are at the very start of this line of investigation, the study authors theorize that “insufficient stimulation of the light-OPN3 adipocyte pathway is part of an explanation for the prevalence of metabolic deregulation in industrialized nations where unnatural lighting has become the norm.”

Looking even further into the future — and assuming that other researchers can replicate these findings — doctors might one day prescribe “light therapy” to people at risk of developing metabolic syndrome.

As it stands, this is all theoretical, but it certainly is an intriguing theory. For now, though, Lang says, “If people want to take anything personal away from this, you likely can’t go wrong by spending more time outside.”