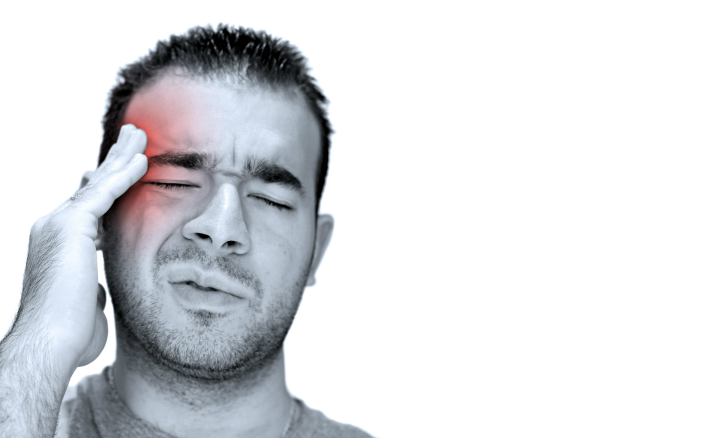 Rhythms produced by the brain can reliably be used to predict how sensitive we are to pain, new research shows.

The living brain is constantly producing regular rhythmic patterns of activity, which can be compared to musical notes. Scientists at the University of Birmingham in the UK, and the University of Maryland School of Dentistry in the US, have successfully demonstrated that one particularly prevalent pattern of brain activity, called alpha waves, strongly relates to the body’s susceptibility or resilience to pain.

Alpha waves oscillate between 8-14 Hz, with the peak frequency varying across individuals. The researchers demonstrated how a measurement of an individual’s alpha wave frequency can be used as a reliable pain indicator.

The study, led by graduate student Andrew Furman and published in the journal Cerebral Cortex, suggests that these alpha waves could be used to help clinicians understand how susceptible a patient might be too severe pain post-surgery.

Dr. David Seminowicz of the University of Maryland School of Dentistry is a co-author of the study. He explains: “Understanding a patient’s pain sensitivity could be really important in, for example, deciding whether an elective procedure is the best option or planning post-surgery rehabilitation. Pain management drugs or techniques such as mindfulness meditation can also be used before surgery to help minimize pain.”

Dr. Ali Mazaheri, from the University of Birmingham's School of Psychology and Centre for Human Brain Health and also co-author of the study, adds: Severe pain following surgery is often also a good indicator of whether or not a patient is likely to go on to develop chronic pain. Understanding whether or not a person is at high risk of developing these symptoms will help patients and clinicians make better-informed choices about the best course of treatment.”

Alpha waves are just one type of electrical activity going on continually in our brains. They're thought to be most present when a person is awake, but maybe idle. In our sensory systems, their presence signals that a particular part of the system has closed down’ for processing. When the waves are reduced, that system is ready to start working again.

For most people, these oscillations occur continuously in the brain at frequencies of between 8-14Hz. Previous research carried out by the group showed that people with alpha waves occurring at the higher end of this scale were more resilient to pain, while those at the lower end were more susceptible.

In this experiment, the team wanted to find out whether, by taking an initial measurement of the subject’s alpha waves, it was possible to predict their reaction to pain.

The researchers tested 61 healthy participants, both men, and women, aged between 21 and 42. Alpha waves were measured in each participant using electroencephalography (EEG) and then participants were each exposed to two different pain episodes. In the first of these a cream containing capsaicin — the active ingredient in chili peppers — was applied to produce sensitized skin; in the second participants underwent repeated applications of heat. After eight weeks, the subjects returned to repeat the experiment.

The results showed that measuring alpha waves did give a reliable indication of a person’s susceptibility or resilience to pain. These results were reliable both in the initial assessment and in the eight-week follow-up.

In Birmingham, these principles are already being tested in partnership with clinicians at the Heartlands and Queen Elizabeth Hospitals. DrMazaheri is leading a study investigating the use of alpha waves and the pain experience of lung cancer patients undergoing lung biopsies.

We know that lung surgery is a particularly painful procedure, with between 40 and 60 percent of patients going on to develop debilitating pain after surgery,” explains DrMazaheri. By predicting which patients are likely to develop this pain, we can start to explore other options, such as radiotherapy, or make sure that intensive rehabilitation programs are in place to support those patients through recovery.”

The team is currently actively seeking funding to continue this work. It's unlikely that they find anyone willing to fund torture, however.