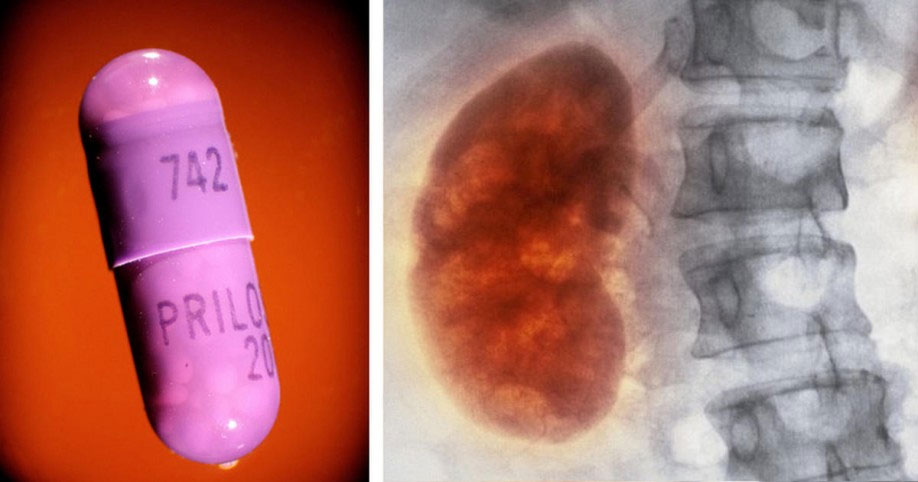 Heartburn Pills Are Not The Best Idea

Heartburn is a big problem in the US. In fact, CNN reports that PPI’s (proton pump inhibitors, which are used to treat acid reflux and heartburn) are among the most prescribed drugs in the country, with millions taking them, and becoming more widely available over-the-counter as time goes on.

But a preliminary report from a study just released by the American Heart Association is concerned that the drug—already associated with a higher risk of heart attack and other vascular problems, as the AHA reported earlier this year—may also increase one’s risk of ischemic stroke, the most common type caused when a clot cuts off blood flow to the brain.

“At one time, PPIs were thought to be safe, without major side effects,” the study’s lead author says. “This study further questions the cardiovascular safety of these drugs.” Researchers followed nearly a quarter-million patients in Denmark who were suffering from stomach pain and indigestion and had an endoscopy. Their average age was 57, and six years later those taking one of four PPIs (Prilosec, Protonix, Prevacid, or Nexium) had a 21% higher risk of stroke than those not taking one. Lowest-dose PPIs didn’t increase the risk much if at all, while highest-dose increased it, from 30% for Prevacid to 94 percent for Protonix. Another type of acid-lowering meds called H2 blockers (think Pepcid and Zantac) showed no elevated risk.

“As a culture, we tend to want a pill to deal with our problems, when a lot of people could reduce their heartburn by eating smaller meals, drinking less alcohol, or not smoking,” one doc told CNN in 2010. While this may be true, people tend to eat drink and smoke for pretty good reasons, not just peer pressure (see Winston Churchill). So maybe this doctor should stick to diagnosing individual patients.

This article originally appeared on Newser.