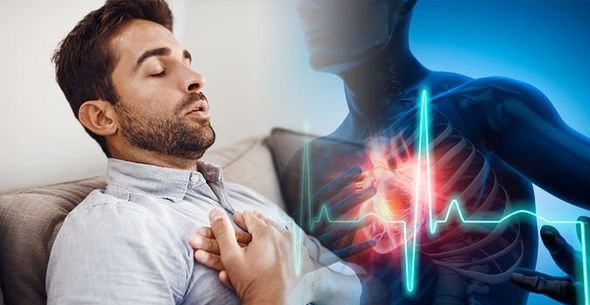 Do You Know The Symptoms Of A Heart Attack?

February is heart health awareness month, but a shocking number of American adults don’t know the signs of a heart attack. In Dec. 2019 study, 47 percent of respondents didn’t recognize some of the symptoms, and 6 percent were not familiar with any symptoms at all.

And with nearly half of the country’s adult population suffering from a form of cardiovascular disease, researchers say it’s imperative for Americans to be educated about the warning signs. Dr. Matthew Tomey, a cardiologist at Mount Sinai St. Luke’s, told Fox News that not all patients may experience the same symptoms, which is why it’s important to recognize each one.

“Chest pain is the classic symptom of a heart attack, but it is important to appreciate that different people can experience chest pain in different ways,” Tomey said. “Chest discomfort associated with a heart attack, also known as acute myocardial infarction, can be felt as pressure, squeezing, heaviness, tightness or even like indigestion. Some people having a heart attack do not feel pain but rather a shortness of breath.”

And while patients may be quick to dismiss the above symptoms as a product of something else, Tomey warned that “certain accompanying features” – such as sweating, nausea and vomiting or radiation to the arms – increase the likelihood that the discomfort is signs of an impending heart attack.

“If you think you are having a heart attack, seek immediate medical attention,” Tomey said. “Key treatments for heart attack, including therapies to restore blood flow to the heart, are most effective when delivered early.”

Tomey also advised against trying to go it alone and to call 911 to get help from paramedics.

It’s also important, Tomey said, to recognize that everyone is at risk of a heart attack, but there are certain factors that can increase that risk such as age, gender, high cholesterol, smoking, and high blood pressure. Obesity, sedentary lifestyle and diabetes mellitus are also considered risk factors.

“Individuals with a family history of a heart attack may also be at increased risk, although it is important to recognize that factors beyond genetics may have affected family members’ risk for heart attack,” Tomey said. “For some individuals, additional testing can be helpful to elucidate risk.”