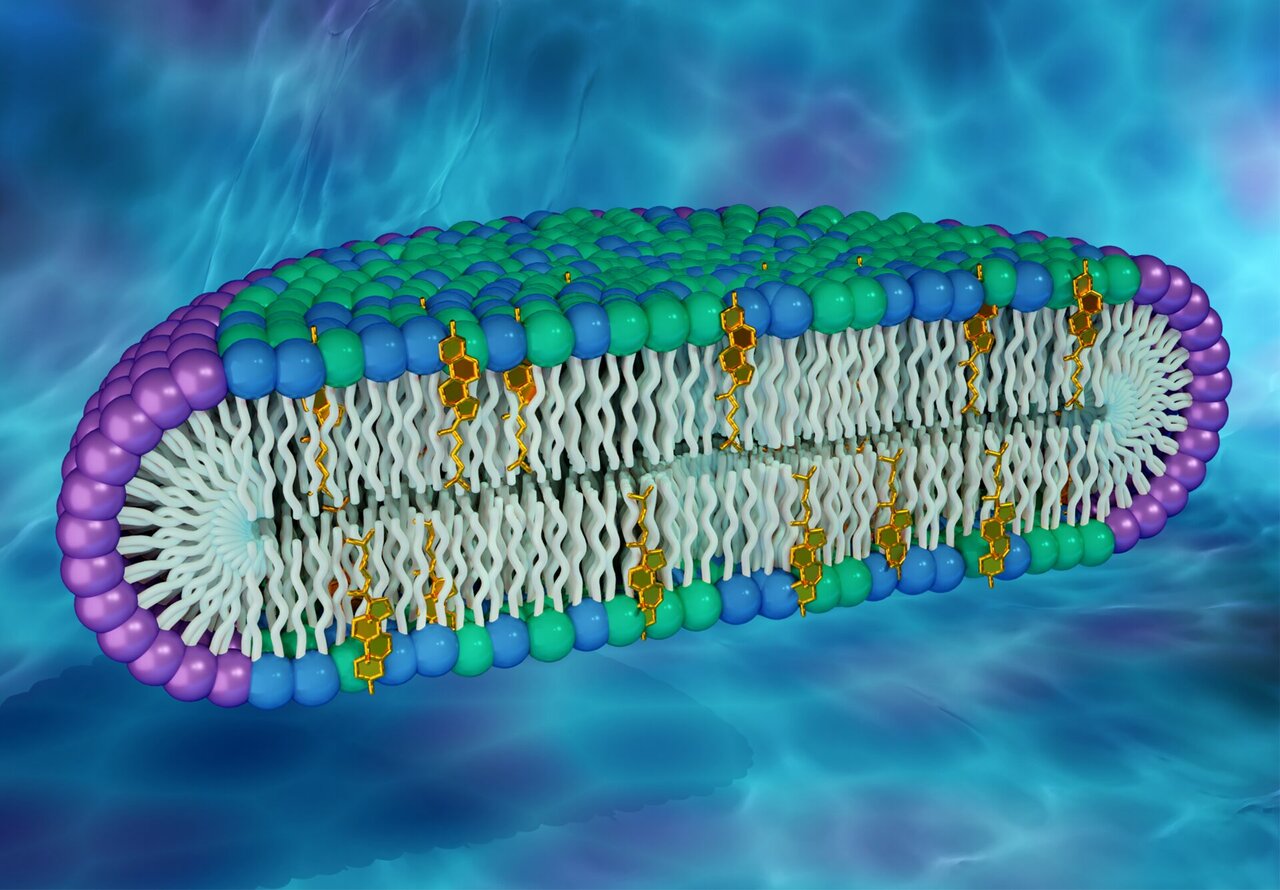 A Review Of A New Technique To Image Cell Membranes

For those not involved in chemistry or biology, picturing a cell likely brings to mind several discrete, blob-shaped objects; maybe the nucleus, mitochondria, ribosomes, and the like.
There’s one part that’s often overlooked, save perhaps a squiggly line indicating the cell’s border: the membrane. But its role as gatekeeper is an essential one, and a new imaging technique developed at the McKelvey School of Engineering at Washington University in St. Louis is providing a way to see into, as opposed to through, this transparent, fatty, protective casing.
The new technique, developed in the lab of Matthew Lew, assistant professor in the Preston M. Green Department of Electrical and Systems Engineering, allows researchers to distinguish collections of lipid molecules of the same phase — the collections are called nanodomains — and to determine the chemical composition within those domains.
The details of this technique — single-molecule orientation localization microscopy, or SMOLM — were published online Aug. 21 in Angewandte Chemie, the journal of the German Chemical Society.
Editors at the journal — a leading one in general chemistry — selected Lew’s paper as a “Hot Paper” on the topic of nanoscale papers. Hot Papers are distinguished by their importance in a rapidly evolving field of high interest.
Using traditional imaging technologies, it’s difficult to tell what’s “inside” versus “outside” a squishy, transparent object like a cell membrane, Lew said, particularly without destroying it.
“We wanted a way to see into the membrane without traditional methods” — such as inserting a fluorescent tracer and watching it move through the membrane or using mass spectrometry — “which would destroy it,” Lew said.
To probe the membrane without destroying it, Jin Lu, a postdoctoral researcher in Lew’s lab, also employed a fluorescent probe. Instead of having to trace a path through the membrane, however, this new technique uses the light emitted by a fluorescent probe to directly “see” where the probe is and where it is “pointed” in the membrane. The probe’s orientation reveals information about both the phase of the membrane and its chemical composition.
“In cell membranes, there are many different lipid molecules,” Lu said. “Some form liquid, some form a more solid or gel phase.”
Molecules in a solid phase are rigid and their movement constrained. They are, in other words, ordered. When they are in a liquid phase, however, they have more freedom to rotate; they are in a disordered phase.
Using a model lipid bilayer to mimic a cell membrane, Lu added a solution of fluorescent probes, such as Nile red, and used a microscope to watch the probes briefly attach to the membrane.
A probe’s movement while attached to the membrane is determined by its environment. If surrounding molecules are in a disordered phase, the probe has room to wiggle. If the surrounding molecules are in an ordered phase, the probe, like the nearby molecules, is fixed.
When light is shined on the system, the probe releases photons. An imaging method previously developed in the Lew lab then analyzes that light to determine the orientation of the molecule and whether it’s fixed or rotating.
“Our imaging system captures the emitted light from single fluorescent molecules and bends the light to produce special patterns on the camera,” Lu said.
“Based on the image, we know the probe’s orientation and we know whether it’s rotating or fixed,” and therefore, whether it’s embedded in an ordered nanodomain or not.
Repeating this process hundreds of thousands of times provides enough information to build a detailed map, showing the ordered nanodomains surrounded by the ocean of the disordered liquid regions of the membrane.
The fluorescent probe Lu used, Nile red, is also able to distinguish between lipid derivatives within the same nanodomains. In this context, their chosen fluorescent probe can tell whether or not the lipid molecules are hydrolyzed when a certain enzyme was present.
“This lipid, named sphingomyelin, is one of the critical components involved in nanodomain formation in the cell membranes. An enzyme can convert a sphingomyelin molecule to ceramide,” Lu said. “We believe this conversion alters the way the probe molecule rotates in the membrane. Our imaging method can discriminate between the two, even if they stay in the same nanodomain.”
This resolution, a single molecule in the model lipid bilayer, cannot be accomplished with conventional imaging techniques.
This new SMOLM technique can resolve interactions between various lipid molecules, enzymes, and fluorescent probes with detail that has never been achieved previously. This is important particularly in the realm of soft matter chemistry.
“At this scale, where molecules are constantly moving, everything is self-organized,” Lew said. It’s not like solid-state electronics where each component is connected in a specific and importantly static way.
“Every molecule feels forces from those surrounding it; that’s what determines how a particular molecule will move and perform its functions.”
Individual molecules can organize into these nanodomains that, collectively, can inhibit or encourage certain things — like allowing something to enter a cell or keeping it outside.
“These are processes that are notoriously difficult to observe directly,” Lew said. “Now, all you need is a fluorescent molecule. Because it’s embedded, its own movements tell us something about what’s around it.”